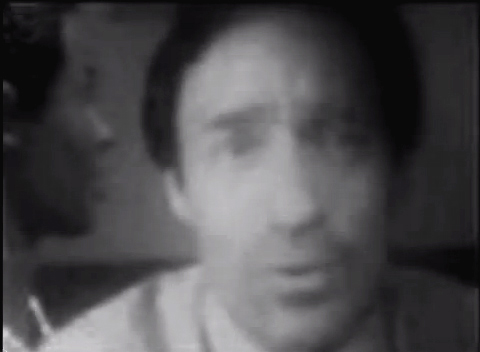 Joe Gibbons is a singular figure in the history of American experimental cinema. He is widely regarded for the incomparable, dryly humorous works that he began making in the mid-1970s. At the time, Gibbons was considered a pioneer of Super 8 filmmaking, however he left this intimate home movie format behind in the late 1980s to work in 16mm and video. His dynamic output has been featured in four Whitney Biennial exhibitions (1995, 2000, 2002, 2006) and he is the recipient of fellowships and awards from the New York Foundation for the Arts, the NY State Council on the Arts, the Creative Capital Foundation, The LEF Foundation, the National Endowment for the Arts, the Massachusetts Council on the Arts and Humanities, and the John Simon Guggenheim Foundation. Over the years Gibbons has taught at the Massachusetts College of Art and Design, the Museum of Fine Arts, Boston, Pratt Institute and most recently at the Massachusetts Institute of Technology.

The majority of Gibbons’ films and videos center on a protagonist named Joe Gibbons. This guy looks, speaks and even behaves like the filmmaker, however you might say that he is an intensified, more performative and fictionalized version of the artist. Existential, megalomaniacal, paranoid and ultimately doubtful of the direction that life is taking him, Joe tends to live on the margins of society. He hates working and instead makes ends meet through less legitimate means. Whether avoiding parole officers, dreading the day ahead or contemplating another scheme, Joe’s self-reflective monologues break the fourth wall by being addressed directly to the camera. Critic J. Hoberman noted that Gibbons “invented a new mode of psychodrama which might be termed the ‘confessional’". Possessing a razor sharp sense of comic timing and an uncanny improvisational imagination, Gibbons miraculously turns his distressing self-indulgence into something compelling and deeply amusing. His slippery sense of narrative and faux-diaristic leaves one wondering if Joe is simply documenting his life on camera or instead living his life for the camera. Discussing his approach to filmmaking, Gibbons comments that:

I guess in most drama there’s some kind of flaw that drives the drama and I think by exaggerating things—I mean, I play pretty messed up characters, but there are aspects that everybody to a greater or lesser degree exhibits, especially the psychopathic ones; people can identify with that. So many movies are made involving these characters. I started out making more abstract films or structural films and it wasn’t until I discovered using myself as material that I thought I had something. But I had to keep making more—I needed content. By finding flaws and working on those—that was a goldmine.